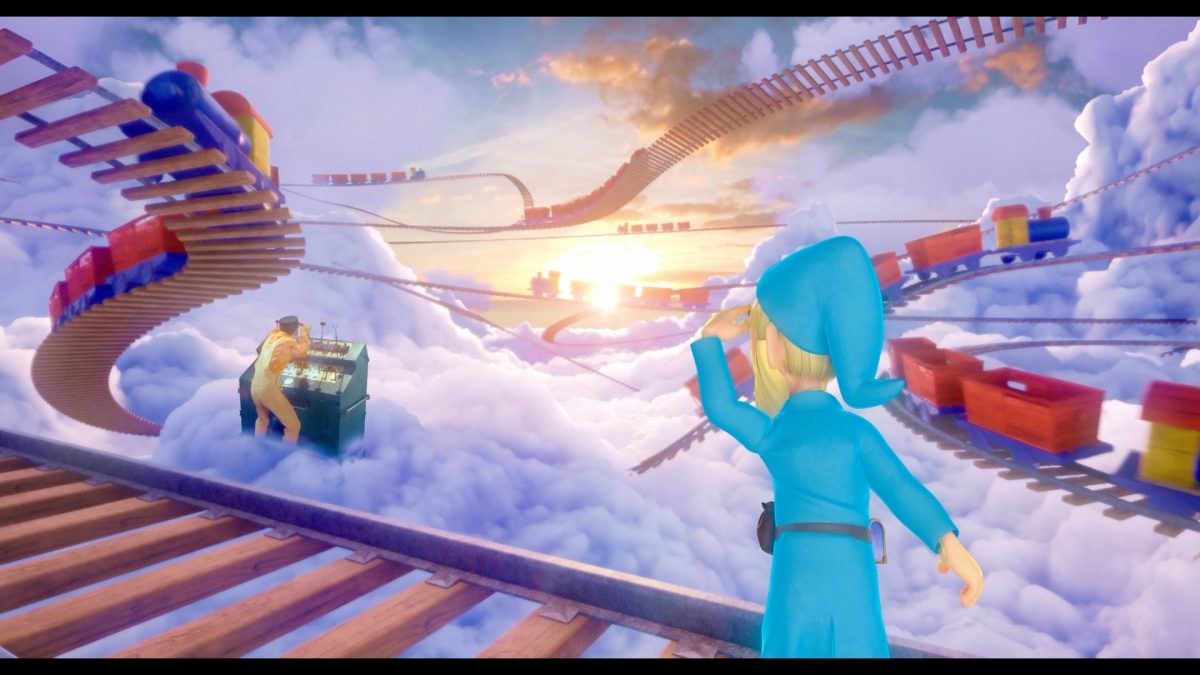 Film Synopsis: The Sandman, a fairy of dreams, accidentally puts a train station operator to sleep just as two furious oncoming trains race against each other. He must now find a way to wake the operator up in order to avoid the crash!